How Did Coke Become The World’s Largest Social Brand?

Coke call this their NOW/NEXT/NEW strategy;

Execs at Coke keep this 70:20:10 front of mind whenever they are working on new projects or undertaking any planning work. I love the fact that Coke have such a simple planning philosophy. I also love that this adds extra credibility to the 60:30:10 which I have been championing for years.

It is this simplistic (but not simple) approach to strategic planning that has built Coke into the world’s most successful social brand with 89m fans. When I dug around the web to see what I could learn from Wendy’s content strategy at Coke, I learned that her approach basically boiled down into 7 key areas. I think this is stuff we can all learn something from…

1. Be Share-Worthy In EVERYTHING You Do

In a market that is now completely socially connected, Coke are increasingly are thinking about their audience in two ways: their Initial Audience—those they can reach directly (89M Facebook fans, 2.7M Twitter followers, 20M+ My Coke rewards members, etc)—and their Ultimate Audience, which is those people whom Coke’s Initial Audience can reach. For Coca-Cola, Facebook fans are just over one fan or friend away from the entire Facebook community of 1 billion+. So if they do their job well of developing useful, compelling, interesting and share-worthy content, Coke treat their fans as their global field sales team.

2. LISTEN. THEN Respond Authentically and Humanly

W. Edwards Deming once said, “It’s not enough to do your best. You must know what to do and THEN do your best“. The days of hiding behind two-sentence corporate statements have to end. This is easier said than done, so I liked this other quote I found from Wendy Clark where she suggested “Coke are still unlearning this“.

In an article with CNN Money she said, “Consumers and all constituents expect more. Coca-Cola isn’t a faceless corporation to them; it’s a brand they love and enjoy throughout their day. So when they interact with us, they expect that same experience: a human interaction. There are more than 15,000 Tweets everyday on brand Coca-Cola; any that are a question, we answer. We have to. Consumers’ expectations are that we’re listening and responding”.

Engaging with your fans and building a community are two totally different things”. Mitch Joel

If you have an ambition that you want to double the size of your business in, say, 10 years, you had better have a big innovation pipeline to help get you there. When Coke are at their best, they think on a huge scale, but they constantly beta test that thinking in small bets to learn. To meet their innovation (and growth) ambitions, Wendy said that “Coke are trying to get much better at discussing failures or learnings. For a big company like ours, it’s critical. Because we’re built for scale and if we don’t get better at testing, learning and then scaling, we have the potential of scaling the wrong thing perfectly”.

“Social media is not a silver bullet. But social media makes everything else better”. Wendy Clark

4. Social is NOT a Silver Bullet. But Social Makes Everything Else BETTER

So much is made of social media and marketing that we can tend to overrate what it can do. Coke do not see social marketing as a standalone. Rather, their mantra for media and content planning is “social at the heart.” Coke think in terms of ideas and campaigns that are social (share-worthy) at their core and then think about how they can amplify those ideas and campaigns across their paid, owned and earned media channels.

Coke are constantly challenged about whether their TV and brand investment is declining and their social/digital investment growing. One of the reasons I love what Wendy is doing at Coke is that she said, “This is the wrong question. It’s not an EITHER, it’s an AND”. There is still a place for brand advertising (TV, radio, billboard, print) and I totally agree.

Jack Nicholson once said, “Life is short. Act accordingly“. I love that quote, and I’d love to think that Coke’s content strategy was inspired by Jack, but sadly I suspect it has more to do with the sheer volume of content that we now consume.

With this in mind, content creation has to be useful, interesting, important, share-worthy. Back in 2011 Coke noticed a massive difference on interaction levels between status updates and Tweets that they wrote vs. those that their agencies wrote.

Coke have also learned from the fact that in social marketing replication isn’t always a good thing. When they had a hit viral video in Coca-Cola Happiness machine, their first instinct was to replicate the film. They did and it had a fraction of the views.

6. We Might Be Shepherds, Stewards and Guardians of Our Brands, But We No Longer Control Them.

I have preached for a long time that brands are no longer in control, their fans are. Coke believe that at best, they get to participate and co-create with their fans. A quick skim over Radian6 social analytics suggests that 10-20% of Coke’s content and conversation originates “in-house”, the other 80%+ comes from their fans.

Cokes mission is to get invited in to fan based communities and co-create with their fans”.

It is this attitude that created one of the most wonderful stories in the history of social media. Back in August 2008 would you believe that Coca-Cola hadn’t registered their Facebook page? Seeking a way to express love for his favourite sugared beverage, an aspiring actor called Dusty Sorg (great name), Googled an image of a Coke bottle and created a page of his own. Despite there being well over 250 Coca-Cola fan pages at the time, all of them had only a few thousand fans. Dusty’s page grew to over 3m fans within less than 12 months.

When it transpired that this page was getting heavily spammed, Coke stepped in to manage their reputation. The mistake that Dusty made was that he set up a Facebook “group” and not a page – so Coke had ever right of getting it taken down. Declining to do so, they let Dusty run the page – with some extra resources supplied by Coke to help him manage the traffic and protect their brand reputation. (Important when your brand is worth $81.5Bn).

“The difference between an audience and a community is just which way the chairs are facing”. Chris Brogan

This is a beautiful example of a brand truly “getting social”. By refusing to take corporate ownership of a fan-built community, Coke understood that the community needed to run itself.

7. Think of your Fans As Storytellers

Taking the principle of Initial and Ultimate audiences, Coke are increasingly thinking about all of their fans as storytellers, not just receivers of their content. This includes consumers, employees, NGO partners, media, etc.. So their basic intent is to create great content and tell stories that they want to be retold.

Many of the quotes from this article were taken and up-dated from a CNN Money on Forbes. You can read the original article here.

Entrepreneur & marketing strategist with a little background in computer science.

9 ways to lower your Ad costs

7 Ways to Run Ads that Convert

Tips to Make Reels on Instagram for Your Business 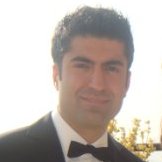